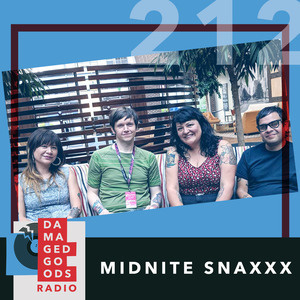 Matt interviews the band Midnite Snaxxx (Oakland, CA) about their history, 10th anniversary as a band, favorite bands in Oakland and more!

An expanded version with music included can be found on Spotify!

Listen to the expanded version: https://open.spotify.com/show/2USwLNzZq5C7ONBMLE0qA4